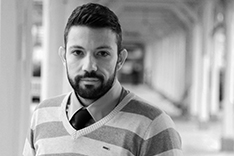 Influence of combined physical and cognitive training on cognitive status

There is plenty of evidence that the relationship between mental and physical health influences physical wellbeing. It has been shownthat cognitive rehabilitation results in improved physical performance (Lautenschläger, 2008; Hillman, 2008). There is, however, evidence supporting a reverse relationship too. It seems that mild physical training exerts a positive influence on cognition. Same results are described by authors who investigated the effects of dual or multi tasking as well as video-games playing on cognitive abilities (Anguera et al., 2013; Enriquez-Geppert, Huster& Herrmann, 2013). The aforementioned evidence, however, is until now in no review paper reported. Purpose of this study is, therefore, to present in a review article what is the influence of physical exercise combined with cognitive training on cognitive abilities. Theimportance of this effort lays in its clinical implications, including the opportunity to improve cognitive rehabilitation strategies.