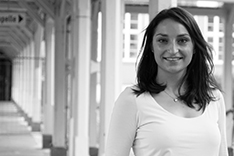 Relevant studies for the systematic review were retrieved from the databases MEDLINE and Web of Science. Meta-analyses were conducted with a random effects model. At first, thirteen studies were included. The association of potentially inappropriate medications with overall mortality was not statistically significant (risk ratio [95% confidence interval]: 1.13 [0.95, 1.35]). However, the majority of studies showed a high risk of specific forms of bias. These biases can be excluded by applying a new user design. It ascertains that adverse events occurring early in therapy are recorded. After restricting the meta-analysis to three studies with a new user design, the association between the use of potentially inappropriate medications and mortality was statistically significant (1.59 [1.45, 1.75]). All three studies examined a version of the Beers criteria. Only one study focused on cardiovascular events and found no statistically significant association. However, the study was not conducted with a new user design. Further new user design studies are required for cardiovascular outcomes and to compare the predictive value of different PIM criteria for mortality.

In propensity score-adjusted logistic and Cox regression models, associations between baseline use of potentially inappropriate medication and prevalent as well as incident frailty were investigated. Frailty was assessed using a modified version of the Fried frailty phenotype. 261 participants were frail at baseline and 423 became frail during 6 years of follow-up. Only the use of drugs that according to the Beers criteria should be avoided in cognitively impaired patients (anticholinergics, benzodiazepines, Z-drugs, and antipsychotics) was statistically significantly associated with prevalent frailty (1.51 [1.04, 2.17]). The strength of the association was comparable for all frailty components. Similarly, in longitudinal analyses, only use of medications of the Beers criteria to avoid in cognitively impaired patients was associated with incident frailty albeit not statistically significantly (Hazard ratio [95% confidence interval]: 1.19 [0.84, 1.68]). Therefore, the association of potentially inappropriate medication use and frailty seems to be restricted to drug classes which can induce frailty symptoms.

Overall, based on the evidence summarized in my systematic review and the findings of my original data analyses, I recommend physicians to avoid potentially inappropriate medications for older adults whenever feasible. Practitioners should be especially cautious when prescribing new drugs for patients with geriatric syndromes or depression, heart failure, coronary heart disease, metabolic syndrome, and history of an ulcer. All clinical conditions were identified as risk factors for (future) use of potentially inappropriate medication in my analyses. Moreover, physicians are advised to perform frailty assessments before and after prescribing anticholinergics, benzodiazepines, Z-drugs, and antipsychotics to older patients and to reconsider treatment decisions in case of negative performance changes.