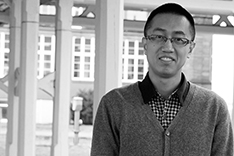 Biomarkers of oxidative stress and related DNA methylation: the associations with cancer development

Lung cancer, colorectal cancer, breast cancer and prostate cancer are the four most common cancer sites and they are responsible for half of the cancer deaths worldwide. Therefore, to identify risk factors for these common cancers is a preliminary task of cancer prevention. It has been shown in biological studies that excessive reactive oxygen species concentrations in cells are involved in carcinogenesis. However, there is a lack of population-based, prospective studies on the associations of biomarkers of the redox status and cancer incidence and the mechanisms of cancer development by redox signaling remains unsettled.

In addition, the associations of two serum biomarkers of oxidative stress with common cancers were assessed in the ESTHER study and the Norwegian Tromsø study (https://en.uit.no/prosjekter/prosjekt?p_document_id=80172) (both general population cohorts): derivatives of reactive oxygen metabolite levels and total thiol levels. Derivatives of reactive oxygen metabolite levels are a battery of biomolecules generated by the oxidation of lipids, proteins and nucleic acids. Serum total thiol levels are regarded as a biomarker of the antioxidant capacity because this biomarkers captures the concentration of free thiol groups of proteins in blood circulation, which can reversibly be oxidized. Derivatives of reactive oxygen metabolite and total thiol levels were measured in all 4,345 participants of the ESTHER 8-year follow-up and in case-cohort design in the Tromsø study (cancer cases: n = 941; sub-cohort: n = 1,000). Individual study results were pooled by random effects meta-analysis. Derivatives of reactive oxygen metabolite levels were statistically, significantly, positively associated with lung, colorectal and breast cancer but not with prostate cancer in the meta-analysis. Statistically, significantly, inverse associations were observed for total thiol levels and breast and prostate cancer, whereas borderline, non-significant, inverse associations were observed for lung and colorectal cancer in the meta-analysis. However, both serum biomarkers of oxidative stress did not improve the prediction of cancer if added to models containing established risk factors.

Furthermore, a systematic review of literature reviews was conducted to give an overview of redox signaling pathways that are postulated to be involved in cancer development. This systematic review describes the 20 most mentioned redox-regulation pathways, including reactive oxygen species generating organelles and enzymes, kinases and phosphatases families and transcription factors. Furthermore, 519 genes were identified from the 20 pathways. Based on the ESTHER study, these genes were further used in a screening to identify CpG sites, of which the DNA methylation levels were associated urinary 8-isoprostane levels. Inverse associations of DNA methylation at cg25365794 (ALOXE3), cg01009697 (NTRK2) and cg08862778 (MTOR) with 8-isoprostane levels were observed in a derivation set (n = 1,000) and validated in two independent subsets of the cohort (n = 548 and n = 741). Multivariate regression models were used to evaluate the associations of DNA methylation at the three CpG sites with lung, colorectal, prostate, breast and overall cancer incidence as well as cardiovascular, cancer and all-cause mortality. DNA methylation at cg25365794 (ALOXE3) was inversely associated with lung and prostate cancer incidence. DNA methylation at cg01009697 (NTRK2) was positively associated with overall and lung cancer incidence and all-cause mortality, respectively. DNA methylation at cg08862778 (MTOR) was inversely associated with breast cancer incidence. Proteins encoded by NTRK2 and MTOR play important roles in phosphoinositide 3-kinases signaling, which is a pathway involved in cancer development and cell senescence.

Taking into account strengths and limitations of this work, the presented results support the hypothesis that oxidative stress plays a role in carcinogenesis. Nevertheless, oxidative stress biomarkers showed no potential to be of use for screening programs aiming for cancer prevention. DNA methylation alterations in genes, coding for proteins involved in the phosphoinositide 3-kinases signaling pathway may provide a mechanistic link between the observed association of oxidative stress biomarkers and the incidences of common cancers.