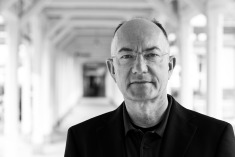 An interview on the occasion of the lecture ‘“I Am as Old as I Feel” – Research Findings on the Subjective Ageing”̕, conducted by Birgit Kramer, 14th September 2015.

1. How big are the differences between the actual or calendar age and the subjective age, i.e. the age one feels?

The chronological age is the variable in the ageing research. It can be easily measured and expressed on a ratio scale, i.e. it has a zero point and temporal distances between different ages, which can be compared objectively. So what does the calendar age actually tell us? – Is the big question of gerontology. It does a lot, but certainly not everything. And so the idea emerged to take a look at the subjective side: What is the subjective age really about? Since around the early 1970s some researchers have started taking an interest in the fairly mundane question: How old do you actually feel?? No matter how old you are.

Quite similar results have been found in many studies, namely: the older we become, the younger we feel. This discrepancy may easily rise up to 20 years. There are, for example, eighty-five-year-olds who tell us: I still feel like I am 65. There can be, therefore, a large difference.

With regard to the life course approach the following facts are also interesting to note: as long as we are still young – approximately 16 or 17 years –, we tend to feel older. And we also want to present ourselves as being older. As several studies have confirmed, this process appears to change by the time we reach our mid-twenties, when we slowly but surely start to feel younger. This difference to the objective age keeps rising and counts up to 2-3 years when we turn 40 or 45 years old. In persons over 65 years, the average difference is 4 to 6 years. If we look at the older age groups, we will see that this value increases up to approximately 6-8 years. There is only a small group of people that feels older. Most people feel younger. Sometimes I also say: the paradox is that we feel as much younger as older we become.

2. How can a person’s respective subjective age be measured within psychological studies?

In most cases, the subjective age can easily be measured by asking the question, ‘How old do you feel?’ After having subtracted this ‘felt age’, we perform a statistical analysis on the difference between the objective and the age felt. This frequently selected procedure is therefore extremely simple, even though its predictive ability is still relatively strong. Nevertheless, efforts are under way to create a more comprehensive and multidimensional questionnaires regarding how one experiences the process of ageing. Such a questionnaire has been called by us ‘Awareness of Age-related Change’ (Gewahrwerden des eigenen Älterwerdens).

3. What exactly can be predicted by using the category of the subjective age?

We know, for example, that the subjective age is strongly correlated with wellbeing, i.e. the elderly who feel younger report an intensified sense of wellbeing. It can also yield some interesting relationships with the preventive behaviour, which is hardly surprising, considering that people who feel younger are more involved in physical activities. In addition, there are also extremely exciting connections between the subjective age and health occurrences which might result from the outcomes I have just described. People who feel younger experience a slightly lower rate of illness at the significantly later measurement points (approximately 20 years later comparing to their estimated age) and show better memory performance.

We interpret this to mean that feeling younger and thinking positive of one’s own ageing process can enable one to unleash significant motivational power: I am an older person but ‘still’ feel confident and so I dare to do what I want. I don’t allow myself to be swayed by negative stereotypes. I throw caution to the wind and don’t listen to the elderly voice in my head that says, ‘Aren’t you 85 now? You can’t possibly be travelling to the USA so easily again!’ Instead, you can answer, ‘It’s actually ridiculous to say “Indeed, I really can’t’ and give up just because of my age. I still feel young and know what I want and so I’m going to do it.”’

The exciting aspect about the endpoint oriented studies is that their outcomes can be referred to not only as subjective evaluations such as subjective wellbeing, but also what we are dealing with here are very hard, objective endpoints. We have already mentioned objective cognitive performance which nowadays can be reliably measured. For example, some positive correlations have been discovered between the positive attitude towards ageing and the degree of hearing and, more recently between the above mentioned attitude and survival rate. To put it bluntly, if we feel good about ageing we are more likely to live considerably longer than those who hold negative stereotypes and even fail to acknowledge their own ageing.

4. What are the factors which my subjective age depends on?

Our own studies reveal that personality has been, without a doubt, a significant factor in the sense that individuals who are anyway more reactive to stress – it is referred to as neuroticism in personality psychology – tend to develop negative attitudes towards their own ageing. It is also very important for me to mention that these personality traits remain quite stable up until old age. At an older age we have, to some extent, to deal with our personalities which have already been evolved at a very young age. In contrast, highly extroverted people with open-minded, outgoing personalities, who are actively involved in social life, seem to cope easier with their ageing and are better at seeing positive aspects of it. As such, the personality actually does play an important role.

Other findings from the ILSE-Study conducted by our institute could prove that already in middle adulthood, i.e. somewhere between the ages of 45 and 65, important differences emerge in the experience of growing older which, until an advanced age, are jointly responsible for both the positive and negative views of ageing. In this regard, health issues more than likely play a significant role. Those, for example, who maybe have experienced cancer or severe heart diseases, i.e. a health threatening situation at a relatively early age, tend to say, ‘Now age is taking its toll on me. Ageing is a horrible experience. I’m sure to encounter even more losses in my life very soon.’ Additionally, using the findings from other studies as well, we can say that changing both the negative view of age and the negative attitudes towards ageing should be settled during the primetime years, in other words, during middle adulthood rather than in the advanced years of ageing.

5. How does the societal view of old age affect our experience of age(ing)?

Over and over again, we could observe that one specific procedure has become common practice, namely we tend to stereotype in a negative manner too quickly. For instance, a well-intended message such as ‘Mrs Schmidt, you are already 85 years old!’ can, as a rule, trigger an age stereotype. In many cases, along with other researchers we have observed the huge influence of stereotypes and the resistance to develop a sustainable yet positive view of ageing. Perhaps one can give feedback and say, ‘You have been tested, and your tests show that you have a good mental performance. You are staying mobile and you are aware of your important goals.’ Even though older people tend to agree with that and say, ‘That’s right. Thank you,’ they still say in the end, ‘yes, but all in all, getting older doesn’t feel good. It’s quite bad, isn’t it, Professor Wahl?’

Recently, the so-called meta-analyses, which are summaries of many studies, have shown that negative stereotypes have much a stronger influence than positive ones and, unfortunately, can be triggered easily and spread rapidly. In the international literature, this issue has sparked intense debate over whether and in what manner it is possible to persuade elderly people to see significant elements of ageing which enrich their lives and which one can look out for. I am speaking of things which may be characterised by the fact that they are only possible later in life and not during the earlier phases of life. We only have to think of perspectives on our own lives which we can be develop only in our advanced age. These perspectives can be supportive and give us strength subsequently benefiting future generations. The appropriate intervention studies have shown, however, little success. Likewise, in a corresponding experimental study, we, and especially my doctoral candidate Martina Miche, have achieved only limited number of positive changes regarding one’s own ageing.

6. How science, politics, and society can help and change images of ageing?

In the future, I think we must concentrate on at least two objectives. The first objective for ageing researchers could be to seek and test the efficient intervention procedures as I have just indicated. For example, we told elderly people that their cognitive performance was much better than they expected. However, these tests are still in their infancy and we are still at the very beginning when it comes to shifting perspectives in a positive direction and further using this approach on one’s own ageing and behaviour.

Secondly, what we need and what we still lack are learning materials designed to educate individuals on ageing throughout their lifespans. I would, for example, like an exceptionally good series of schoolbooks and other didactic tools for young people which can help to explain in a playful manner the process of growing old. Also it would be advantageous to know how our society deals with ageing. This, then, is about lifelong learning facilities. It’s basically about the fact that, throughout our lifetime, we constantly keep learning that growing old is a process worth dealing with. We have to learn that ageing also contains positive aspects which we should definitely pay attention to. In fact, I believe that ageing is something we must learn and not something that is guided by intuition.

I therefore believe that the processes both of the ongoing ageing and even more of becoming very old should also be accompanied intensively by society itself. There is a need for political circles to get involved. Furthermore, the responsibility of companies is also in question – especially of companies that haven’t responded the demographic changes in a customary manner, ‘We desperately need more people to join our cause. Let’s hire a bunch of young adults.’ What we need are companies which have adopted a new paradigm of thinking, ‘The challenge here on-site should be to consider the care of the ageing workforce as a shared task and, in this manner, to call into question the very subtle negative images of ageing, concerning older workers.’

Unfortunately, I continue to see a lot of evidence with a rather gloomy portrayal of ageing, which only leads to a decline in performance and is nothing but trouble, yet is still wide spread. And I also believe that these negative views are deeply embedded in our culture which is not something that can be changed from one day to the next. However, I believe that especially my colleagues in psychology in cooperation with other professionals in ageing research and in practice could play a significant role in this field. Nowadays, psychologists know a great deal about the highs and lows of the behavioural and attitudinal changes. In principle, this empirical knowledge can also be applied to older people. At the same time, new societal images of ageing must be created and also promoted systematically. Then, I believe, it might open up certain new opportunities in the long term to differentiate and break up stereotypes of old age and develop positive views which can be practically implemented into one’s own future life. I very much hope that we can adhere this, but I also see many difficulties when it comes to my own ageing (I am now 60 years old).