Deutsch
Home >  Board of directors > 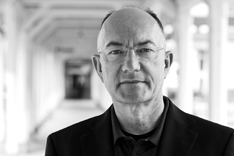 Hans-Werner Wahl is a former Professor of Psychological Aging Research, now being Seniorprofessor and Director of the Network Aging Research of Heidelberg University. He is also a senior researcher in the Department of Psychological Aging Research at the Institute of Psychology of Heidelberg University. He received his Ph.D. in psychology from the Free University of Berlin in 1989. His research activities include the role of subjective aging as well as the physical-technological environments for aging well, adaptational processes related to chronic functional loss, and conceptual issues in aging research. He is the author or editor of more than 25 books and more than 390 scholarly journal articles and chapters chapters related to the study of adult development and aging (h-Index = 35). He is the founding editor of the European Journal of Ageing (together with Dorly Deeg) and a member of the editorial board of Psychology and Aging and The Gerontologist. Dr. Wahl is also a fellow of the Gerontological Society of America (GSA). He has received the 2008 Social Gerontology Award (together with Manfred Diehl), the 2009 M. Powell Lawton Award of the GSA, and the 2019 IAGG-ER Advanced Scholar Award: Socio-Behavioral Sciences.